I get products sent to me daily to try out. I unfortunately don’t have time to do a post for each item that I get to review. So I want to make sure these items get seen and learned about. The only other solution I could see to do is to do a August’s DVD and Book Product Roundup 2017 on the products I like and want my readers to know about. I hope you enjoy these as much as I and my other reviewers did. The Rangers must summon all their Dino Super Charge powers to become stronger than ever! Orphaned at birth and raised by storks, the sparrow Richard believes he is a stork too! Determined to prove he is a stork after all, Richard ventures south on an epic adventure to unleash his true potential. Join your favorite characters — and their high-speed transforming Roadsters — as they compete in thrilling races stretching from Hot Dog Hills to Hawaii… and all the way to London, England! You’ll meet the world’s greatest spy, zoom through the skies in a revved up hot-air balloon race, and even return the Queen’s stolen Royal Ruby! It’s all about great friends, a little competition, and gearing up for wild FUN! 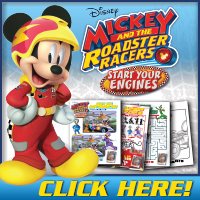 “Join Molang, a round, fluffy, and happy rabbit, and his friend, Piu Piu, a poised, timid, and reserved yellow chick, as they explore everyday life. Molang savors every moment of his life, imbuing it with joy and wonder. He pays attention to the smallest details, giving meaning to even the tiniest things. Molang puts his heart into his actions, and he has a huge heart. Even when he does absolutely nothing, he does it well! Piu Piu, on the other hand, doesn t like calling attention to himself. He likes to do things carefully and well. When unexpected situations arise (and Molang s unpredictable behavior often causes such situations to occur!), Piu Piu can become quickly unsettled, even panicked. Despite their many differences, Molang and Piu Piu enjoy a unique friendship. They have amazing times together ranging from the mundane to the extraordinary. From finding themselves in a lifeboat in the middle of the ocean to riding camels in the desert, Molang and Piu Piu experience unexpected situations. Throughout it all though, every single moment with these two is filled with happiness. Embark on 52 unforgettable adventures with Molang and Piu Piu!” “Every day Henry meets something new! I wonder what Henry s going to meet today? Henry is a 4-year-old boy who always wants to learn and find out more. In each episode, Henry has a friendly chat with whatever he meets and discovers something new… Hello, Whale. How do you stay under water for so long? Hello, Car. What makes you go so fast? Hello, Moon. Why do you only come out at night? No matter what Henry meets, they re always delighted to talk, laugh and share their amazing world with him. After finding out so many amazing things about his new friends, Henry lets his imagination run wild and imagines himself… As a knight rescuing the missing sword… As a singer performing in a band… As a deep sea diver swimming along sea creatures… As a fireman rescuing others… As an astronaut flying to the moon… And more!” “Welcome to Lily’s Driftwood Bay! Lily is six years old and lives with her dad and her best friend, who is a seagull named Gull, in a little hut on the beach. Across the way is Driftwood Bay, a special island that exists in Lily’s imagination. Every day the sea washes up a new treasure which sparks Lily’s imagination about what might be happening on Driftwood Bay. Join Lily and her friends, Salty Dog, Bull, Nonna, Hatsie, Wee Rabbit and Lord Stag as they sail to Driftwood Bay where wonderful adventures await! Along with each adventure is a valuable lesson learned in each story from learning to tell the truth to saying sorry to asking for help. Embark on new adventures with Lily and friends as they travel to Driftwood Bay! ” Get ready for farm-fresh fun and laughter with Shaun the Sheep™ and his barnyard buddies, as they set the scene for more mayhem on the farm. Laugh out loud as Shaun tries to outfox a fox, Bitzer discovers his jazzy side, and the sheep try to sell everything on the farm to the highest bidder. Shaun and his friends deliver 7 hilarious adventures full of animal antics that will make the whole family cock-a-doodle doo! One of the biggest animated films in history, The Lion King, the coming-of-age masterpiece, filled with humor and heart, breathtaking animation and soul-stirring Academy Award®–winning music (1994: Best Original Score and Best Original Song, “Can You Feel the Love Tonight”), joins the highly celebrated Walt Disney Signature Collection. The Lion King roars to its rightful place in the Walt Disney Signature Collection on Digital Aug. 15th and on Blu-ray™ Aug. 29th. 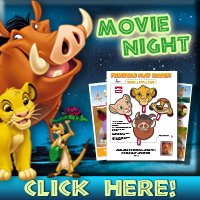 Audiences will fall in love all over again with the treasured classic, and a new generation of fans will laugh with Timon and Pumbaa, cry with Simba and Mufasa, burst into song, and find their place in the “Circle of Life.” The Walt Disney Signature Collection release includes over three hours of classic bonus material and exclusive, brand new features inviting viewers to sing along with the film’s award-winning music, observe recording sessions, step inside the story room, witness the evolution of a villain, and join Nathan Lane (voice of Timon) and Matthew Broderick (voice of Adult Simba) for an extended conversation regarding the legacy of “The Lion King.” Disney’s Born In China, narrated by John Krasinski, transports audiences to some of the world’s most extreme environments of China where few people have ever ventured to witness wildly intimate and adorable moments in the lives of three animal families – a doting panda bear mother, a 2-year-old golden snub-nosed monkey, and a mother snow leopard. It is the seventh theatrical release from Disneynature, which brings the world’s top nature filmmakers together to share wildlife stories that engage, inspire and educate. The breathtaking footage and high-definition quality picture is captivating for audiences of all ages and is a must-add to the in-home collection. Disneynature’s newest true-life adventure film “Born in China” journeys into homes on Digital and Blu-ray™ Combo Pack on Aug. 29/2017.

BONUS FEATURES (Blu-ray & Digital)*:
Panda Suits & Bamboo Shoots – Join the team as they struggle through an almost impenetrable bamboo forest in an effort to capture footage of pandas in the wild.

Walking with Monkeys – The shivering crew bundles up to film the adorable golden snub-nosed monkeys engaged in a surprisingly human activity.

Masters of Camouflage – Go behind the scenes as the filmmakers set out on a quest never before achieved: to find and film a snow leopard family in the wild.

Wading Through Wetlands – A crew travels to far northeast China to catch the first moments of a red-crowned crane chick’s life. Set to the all-new sonic backdrop of Awesome Mixtape #2, Marvel Studios’ GUARDIANS OF THE GALAXY VOL. 2 continues the team’s adventures as they traverse the outer reaches of the cosmos. The Guardians must fight to keep their newfound family together as they unravel the mystery of Peter Quill’s true parentage. Old foes become new allies and characters from the classic comics come to their aid as the Marvel Cinematic Universe continues to expand.

Join the GHOST crew as it prepares for its biggest mission yet in STAR WARS REBELS: SEASON THREE! The story of the GHOST crew is far from over. While Sabine confronts new challenges on her home world of Mandalore, Ezra’s growing power as both a Jedi and a rebel leader helps the rebellion acquire new resources and recruits for the fight ahead. However, the Imperial effort to eliminate the rebellion is now being led by the coldly analytical Grand Admiral Thrawn, whose strategic, tactical and cultural insights make him a threat unlike any they have faced before.

After defeating Viggo and destroying the Dragon Eye, the calm doesn’t last long as Hiccup learns the Hunters remain a threat led by a new villain who can control Dragons! Now, Hiccup, Toothless and the Riders must battle the Hunters like never before with help from new and old allies. But after a series of shocking revelations, Hiccup learns that the true leader of the Dragon Hunters is somebody he never expected who threatens the course of the dragon-kind forever! The race is on for the Riders to defeat the Hunters once and for all before it’s too late, only on Netflix TODAY! Shawnee Smith (”Anger Management”) and Pamela Reed (”Parks and Recreation”) lead an all-star cast in this humorous and heartwarming story of a workaholic mom and her family-oriented mother-in-law, who are thrown together on a disaster-prone road trip that turns into a life lesson for both. From the visionary animator of the Golden Globe® – nominated film THE BOOK OF LIFE! Twilight Sparkle is determined to prove that anyone can learn the magic of friendship. So when a reformed Starlight Glimmer wants a fresh start, Twilight is only too happy to take her under her alicorn wing and lend a helping hoof. And though challenges await Starlight as she learns about friendship, Twilight and the rest of the Mane 6 will do whatever it takes to ensure Starlight succeeds! We meet the adorable rescue dog Cutie, a sweet, curious, adventurous chihuahua who lives in a house in the desert. She is a little dog who thinks she is big. Cutie is never happy when her mom leaves her for school because that means she will be home all alone. So today, Cutie decides to go outdoors by herself to play. She explores the desert around her, makes a new friend, and finds that some animals eat strange things. She is having so much fun that she almost forgets to get back home before her mom arrives. Following hot on the heels of last year’s Top 10 bestseller, Ripley’s Believe It or Not! 2018 offers a completely new assortment of strange-but-true facts and amazing stories! From the elephant who can play baseball, to the flowers that bloomed in space, to the weasel found inside the world’s biggest computer, Ripley’s compendium of hair-raising oddities will delight and fascinate the whole family.

Complete with a mind-blowing 3D-effect cover, and packed with gob-smacking photos and illustrations, Ripley’s Believe It or Not! 2018 offers another feast of mind-blowing tales of the extraordinary. Prepare yourself for this year’s Ripley’s bonanza! Sonya is torn between her roots. She was born in the USA but her parents are Indian…she desperately wants to fit in and be American. Her parents want her to embrace who she is, but Sonya feels like a misfit. This is a wonderful story about a little girl who discovers her identity and learns to appreciate who she is. A must read for any child or adult who feels different from the rest of the world.

One thought on “August’s DVD and Book Product Roundup 2017”